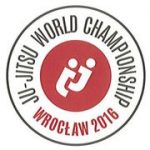 The USJJO announced today it has started the selection process to field a team to compete at the 2016 Ju Jitsu International Federation (JJIF) World Championships in Worclaw, Poland, November 25 – 27, 2016.

To obtain an application and view the latest regarding Team USA, visit http://usjjo.org/2016-jjif-worldchampionship/