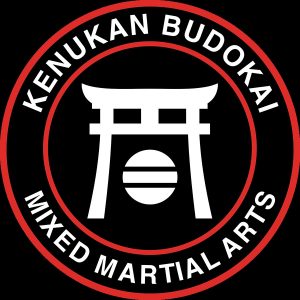 FOR IMMEDIATE RELEASE
(Press Release) – April 1, 2016 – Cleveland, Ohio, USA. The United States Ju-Jitsu Organization (USJJO) announced today that the Kenukan Mixed Martial Arts Academy is an official USJJO Regional Training Center. Travis Boggs, the Owner / Chief Instructor of the Kenukan Mixed Martial Arts Academy (serving the Kansas City area since 1968 – Johnson County’s oldest martial arts academy), has been a member of the USA Team Development Committee of the USJJO and now his academy has been selected as an official Regional Training Center. Travis and his instructors will be developing athletes for USJJO related events held around the world, including at the UFC’s International Fight Week 2016, 2016 Pan American Championships in Panama, and the 2016 JJIF World Championships in Poland.

Travis Boggs made National Headlines several years ago when he appeared on MSNBC’s “Ashleigh Banfield Live” TV Show as a Flight Self-Defense Expert after training the two airline personnel that took down the “Shoe Bomber” Richard Reid in December of 2001.  Boggs is a Certified Flight Self-Defense Instructor with the America In Defense Program, founded by Bob Wall and Chuck Norris.

United States Ju-Jitsu Organization The USJJO is the National Governing Body of Ju-Jitsu in the USA and Official Full National Member to the JJIF. The JJIF represents Sports Ju-Jitsu worldwide and is the only Ju-Jitsu organization recognized by the General Association of International Sports Federations (GAISF) and the International World Games Association (IWGA). The JJIF provides the opportunity for elite athletes from their National Members to compete in the World Games, which are organized and governed by the IWGA under the patronage of the International Olympic Committee (IOC). Including the United States of America, the JJIF has 106 member countries on 4 continents.

You can visit Kenukan Mixed Martial Arts Academy at www.kenukan.com. You can contact Travis Boggs, Chief Instructor, at kenukan@aol.com or call 913-782-5425