WADA published the 2020 List of Prohibited Substances and Methods

Today, the World Anti-Doping Agency (WADA) publishes the 2020 List of Prohibited Substances and Methods (List); the 2020 Summary of Major Modifications and Explanatory Notes; and the 2020 Monitoring Program. The List, which was approved by WADA’s Executive Committee (ExCo) on 23 September 2019, comes into force on 1 January 2020. All Ju Jitsu athletes, coaches, and support personnel competing for the USA should be aware of the latest requirements.

For more information go to: https://www.wada-ama.org/en/media/news/2019-09/wada-publishes-2020-list-of-prohibited-substances-and-methods

Resources are available for athletes to help in compliance. Go to the US Anti-Doping Agency’s website: https://www.usada.org/ 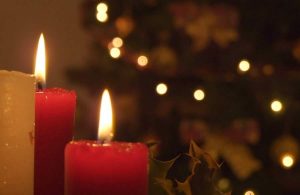 The USJJO Officers, Board of Directors, and Members would like to wish our friends and supporters a Merry Christmas and a joyous 2019! 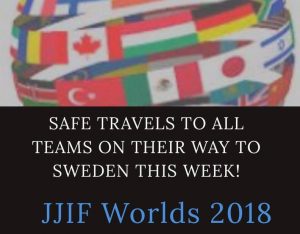 Good Luck to the USJJO Team representing the USA in the JJIF World Championship 2018 in Malmo, Sweden. We’re proud of the athletes, coaches, and officials attending this prestigious event!

If you are interested in watching the event, the event organizers will be streaming this event. 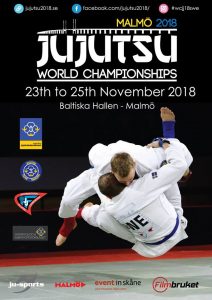 The USJJO is sending a Ju-Jitsu Team to Sweden to represent the USA in the JJIF World Championships. The event will be held at Baltiska Hallen, Malmö, Sweden between Thursday 22th and Sunday 25th November 2018. This is a unique opportunity for our country men and women to represent the United States at the highest level of competitive Jujitsu/JiuJitsu. Not only will we be sending athletes to compete in Jujitsu (Fighting) and Newaza (JiuJitsu), but, we will also be sending a team of Para JiuJitsu competitors!
We are looking to raise money to help offset some of the travel expenses for our competitors and coaches. Please consider donating to our cause to help our athletes represent the United States at the highest level of competition in our sport.

Please donate through our GoFundMe Site

For more information about the event, please check out the following links: 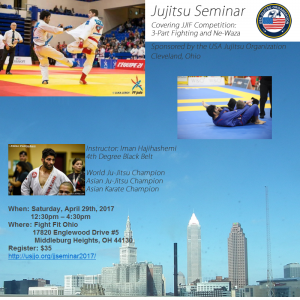 Seminar Topics
– Techniques and tactics to improve your skills
– Learn three proven techniques in Part-1 (Standing), Part-2 (In the Grasp) and Part-3 (Ground)
– Chaining these techniques together to quickly end a fight  (full ippon in competition)
– Learn how to easily modify these techniques for self-defense

Their mission is to create a martial arts program which empowers students to expand their minds, condition their bodies, and energize their spirit in the most fun and efficient way possible. The environment and the practice of Judo and Jujitsu is a mutual beneficial process which is strongly based on morals and ethics. Our students are able to live with the core values of self respect, humility, compassion and discipline while pursuing self perfection and improving society.

European Championships Ju-Jitsu for Seniors
When: June 3rd and 4th, 2017
Where: Borik Sports Hall, Aleja Svetog Save 48, Republic of Srpska, Bosnia and Herzegovina.

The Ju-Jitsu events will be run according to JJIF rules. The events will be 3-Part Fighting, NeWaza and Duo. See the competition page on our website to get the rules and additional information. 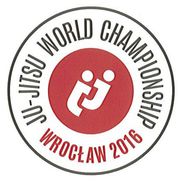 View the invitation and additional information at this link: http://usjjo.org/2016-jjif-worldchampionship/ 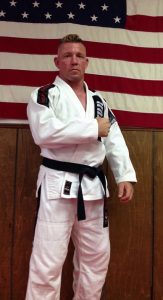 Larry Dupler Jr will be competing in the under 77kg Fighting System for the USA. Larry recently represented the USA at the Pan-American JuJitsu Championships in Panama City, Panama. He trains at Annarino’s Martial Arts under Grand Master George Annarino in Newark, Ohio.

The USJJO is the National Governing Body of Ju-Jitsu in the USA and Official Full National Member to the JJIF. The JJIF represents Sports Ju-Jitsu worldwide and is the only Ju-Jitsu organization recognized by the General Association of International Sports Federations (GAISF) and the International World Games Association (IWGA). The JJIF provides the opportunity for elite athletes from their National Members to compete in the World Games, which are organized and governed by the IWGA under the patronage of the International Olympic Committee (IOC). Including the United States of America, the JJIF has 106 member countries on 5 continents.